Jennifer Lawrence Is Hollywood's Darling - How Has She Done It?

With award wins and nominations galore and a reputation as a real person, we look at how Jennifer Lawrence has secured herself in the heart of Hollywood. But, at the tender age of 23, how has this girl from Louisville in Kentucky come to be ‘the most talented young actress in America’ according to The Rolling Stone? Picking some good films to star in and acting so well that you receive several award nominations and a couple of wins is a good place to start.

She started off with Winter’s Bone in 2006, a film centred around her character, Ree Dolly, who must locate her father to stop the family from being evicted. She was nominated in the Best Actress categories for an Academy Award and a Golden Globe for that performance.

MORE: Jennifer Lawrence And David O. Russell To Work On Third Film Together?

Lawrence then dipped her toe in the action-heroine genre with The Hunger Games and, once again, came out on top when the first film established her as the highest-grossing action-heroine of all time.

Of course, she wasn’t finished breaking records there and, at 22, became the second youngest Best Actress winner at the Oscars for David O. Russell’s Silver Linings Playbook.

The following year she was back on the awards circuit after a stunning performance as Rosalyn Rosenfeld, the embittered and unpredictable wife of conman Irving Rosenfeld, in American Hustle. For that role, she won a Golden Globe and BAFTA award for Best Supporting Actress and received her third Academy Award nomination.

MORE: Jennifer Lawrence Needs A Year Off From Hollywood

In addition, Lawrence has a personality that gives her a stand-out reputation as an actual person in Hollywood - someone fun, who likes a laugh and isn’t afraid to eat at McDonald’s every once in a while. 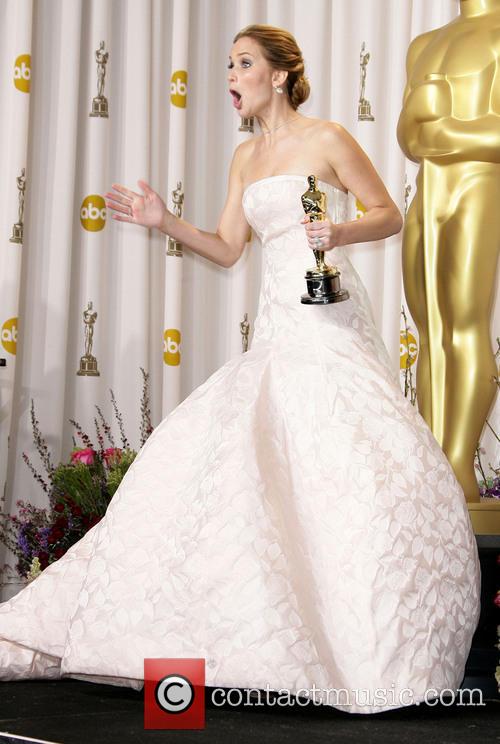 She trips over at red carpet events, pulls stupid faces for the camera and actively refuses to conform to Hollywood’s desire for women to be thin, quiet and demure.

Above anything, Lawrence should be regarded as an authentic trendsetter - a woman who isn’t afraid to step away from the Hollywood mould and instead show herself to be a real person. That authenticity, and her ability to act a real good part, is what’s helping to make this young woman one of the hottest properties around.