The actress did not mince her words when it came to giving her opinion on the presidential hopeful.

Jennifer Lawrence made her feelings on Republican presidential candidate Donald Trump very clear during an appear on 'The Graham Norton Show' on BBC One, Friday (May 13th). When asked if she had ever met Trump, the actress recalled a time she attended the same concert as the billionaire and just had two words she wanted to say to him. 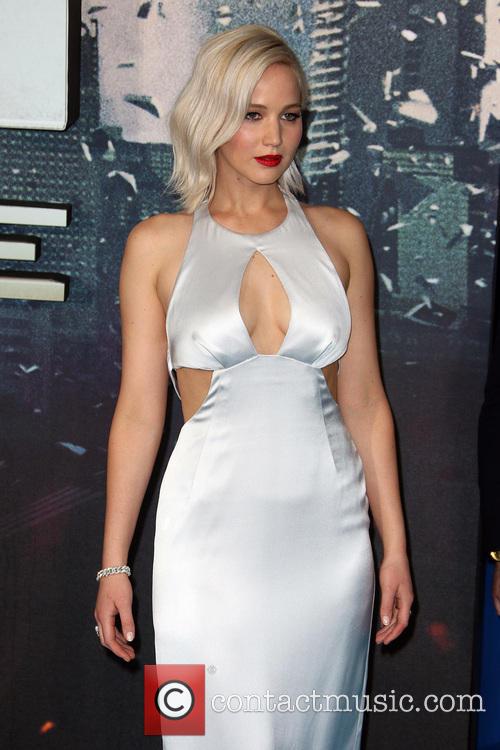 Jennifer Lawrence has made her feelings on Donald Trump very clear.

“I was at a concert that I heard he was attending, so I had my full security. I was like, ‘Find Donald Trump,’” Lawrence said. “I was adamant on finding him and then making a video of me going, ‘Hey, Trump. F— you!' I think he knew I was looking for him.”

Lawrence was joined on Norton’s sofa by Johnny Depp, who was discussing his recent 'Funny or Die' feature when he impersonated Trump. During the interview Lawrence also recalled the first time she met Harrison Ford, where she said she ‘humiliated’ herself more than ever before.

"For the first time ever in my career, I never assume anyone knows who I am,” Lawrence began. “I saw Harrison Ford and J.J. Abrams and I was, like, 'Yeah, this is fine. We're all co-workers. I can just go.' I was, like, 'Be right back, guys. I'm gonna go say hi to the Star Wars dudes!'"

Lawrence then demonstrated how she walked up to Ford and Abrams' table while dancing and snapping her fingers, before she quickly realised that they had no clue who she was. "I realized while I was dancing I was, like, 'They have no idea who I am,'" Lawrence said. "So I just turned around and walked back. Dying."