The American megastar played a part in two of the year's highest grossing movies.

Just when you thought Jennifer Lawrence’s 2014 couldn’t get any more spectacular, she’s been announced as the top grossing actor of the year, with her movies pulling in more viewers than any other name.

According to the list compiled by Forbes, the 24 year old starred in two of the year’s top-grossing movies, The Hunger Games: Mockingjay Part 1 and X-Men: Days of Future Past, which together brought in $1.4 billion in worldwide box offices. 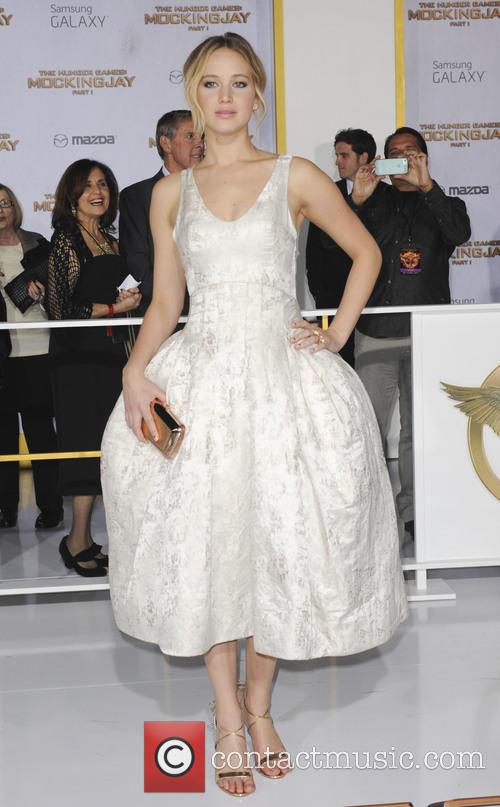 Jennifer Lawrence, pictured at 'Mockingjay' premiere, is the highest grossing actor of 2014

In February next year, she is set to star in Serena alongside Bradley Cooper, which saw the pair work together for the first time since 2012’s Silver Linings Playbook that saw Lawrence clinch the Oscar for Best Actress. Lawrence has also scored a US Billboard chart hit with ‘The Hanging Tree’, a song lifted from the soundtrack to Mockingjay, which rose as high as number 12 last month.

More: Why were Jennifer Lawrence and Amy Adams paid less than their male co-stars?

Elsewhere in Forbes’ list, Guardians of the Galaxy’s star Chris Pratt comes in second with $1.2 billion worldwide. The Marvel film exceeded expectations to become the biggest movie of the year in the States, and took $772 million around the world. If you factor in his contribution to The Lego Movie, another surprise success, then that’s how you get that total. He’s set to star in the fourth instalment of the Jurassic Park series, Jurassic World, which comes out on June 12th next year.

Scarlett Johanssen rounds up the top three, with $1.18 billion grossed from her three successful films of 2014. Captain America: The Winter Soldier accounts for most of that figure, which took $714 million worldwide, while the supernatural thriller Lucy and comparatively small flick Under the Skin make up the rest.