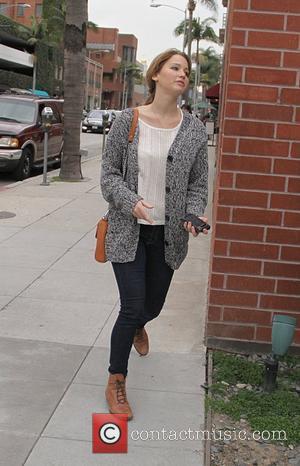 Jennifer Lawrence has opened up about her romance with Nicholas Hoult, revealing she fell for his British manners and accent.
The actress met Hoult on the set of X-Men: First Class, in which they both played mutants, and the Kentucky-born star admits she was enchanted by his voice.
She tells Britain's Glamour magazine, "I don't find myself attracted to actors, which is a weird thing to say when you're dating one... British men have these wonderful manners, and everything they say is funnier just because of the accent.
"There's this cute 'I'm trying to be adorable because I know you're mad at me' accent, and then the drunk accent where all the consonants have vanished."