The 'Hunger Games' actress Jennifer Lawrence has described the photo hack which leaked her nude photographs as a ''sexual violation''. 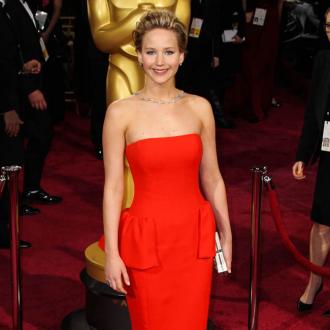 Jennifer Lawrence felt ''sexually violated'' after her nude photos that were leaked online.

The 'Hunger Games' actress - who is reportedly dating Coldplay frontman Chris Martin - has spoken about her disgust for the hackers who leaked dozens of naked photographs which they stole from her iCloud account and then posted on various websites.

Talking to Vanity Fair magazine, Jennifer said: ''It's not a scandal. It is a sex crime. It is a sexual violation. It's disgusting. The law needs to be changed and we need to change.''

She also hit back at the critics who believe she was wrong to take the intimate photos in the first place, as she argued that she was in a long-distance relationship with her now ex-boyfriend Nicholas Hoult when the images were taken.

The 24-year-old Oscar winner was adamant that she had nothing to apologize for, but did admit that she had worried about the repercussions this could have on her career.

She said: ''Every single thing that I tried to write made me cry or get angry. I started to write an apology, but I don't have anything to say I'm sorry for.