Everyone’s showbiz world fell apart and their belief in love died a little bit when previously thought stalwart acting couple Chris Pratt and Anna Faris announced their separation after eight years together. However, fans have gone over to the dark side and started blaming Pratt’s former co-star, Jennifer Lawrence for the upsetting news. 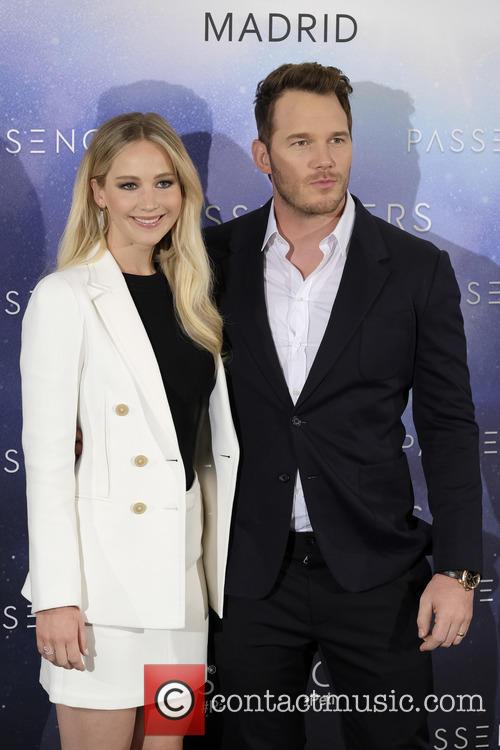 Jennifer Lawrence and Chris Pratt starred in passengers together

Jen, 26 and Chris, 38, starred side-by-side in the sci-fi film Passengers - during which the two characters fall in love.

It seems this onscreen romance has sparked fans of the Pratts to assume the same has happened off screen as well.

Taking to Twitter, one user wrote: "I can't believe Chris Pratt and Anna Faris are splitting up this is all Jennifer Lawrence's fault."

Despite there being no suggestion that the Hunger Games actress had anything to do with the separation, that didn’t stop rumours from swirling around social media.

Another tweeter speculated: "Watch Chris Pratt and Jennifer Lawrence be a thing."

Other fans were quick to recall the seemingly awkward exchange that Faris, 40, and Lawrence shared when embracing at the premiere of Passengers in December 2016.

Though the ladies hugged it out in front of photographers, Anna appeared to have a pained expression while Lawrence kept her hands claw-like instead of fully touching her co-star's wife.

Claims were strongly denied of a fling between Pratt - who shares four-year-old son Jack with his estranged wife, Anna - and Jen but Anna did open up about how difficult she found rumours of this nature to be.

Speaking on her own podcast, the Mom actress said: "It made me feel incredibly insecure.

"Chris and I, we talk about this a lot. We grapple with a lot of the ideas of being a public couple.

"I just remember feeling so hurt in a way that bothered me, because I didn't want to think of myself as somebody who could be affected by... tabloid s***."

She added: "I take pride in how great my relationship is with Chris.

"But having said that, of course, in this crazy world where he's off doing movies and I'm in LA raising our child, of course I'm going to feel vulnerable, like any normal human would."