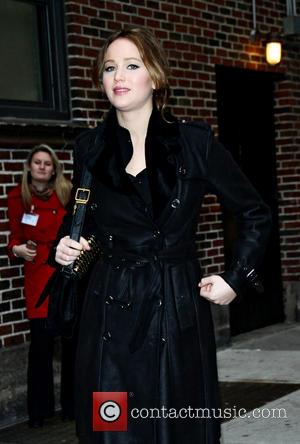 But one day a wet suit-wearing Lawrence got an itch and scratched her backside on a pile of nearby rocks, causing an uproar from locals who worship the stones for their supposed religious powers.

During an appearance on U.S. show Live! With Kelly and Michael, she said, "We got to shoot in the most amazing places. There was one place that was sacred rocks, so there was a meeting in the morning before I got there, (that) I didn't know about, but apparently there were certain ways that you were supposed to sit on the rocks because they were sacred. And we had these horrible wet suits on and my butt started itching and just nothing could really get it, so I started rubbing my butt on one the rocks.

"You know when (it's) like nothing can satisfy that itch? I was trying everything and I started doing it and all the camera guys started (gasping). And then this huge stone starts tumbling down the hill and they were like, 'That's her fault, it's sacred rocks!' And I didn't want to go ask one of the (local) people there,... 'How bad is that?' So I might still be cursed."