The two mega-stars made a special appearance at CinemaCon to give a snake peak of their upcoming movie.

Jennifer Lawrence and Chris Pratt will team together on the big screen for the first time this December, in sci-fi romance Passengers. The film centers on just two characters, who find themselves stuck on a spaceship during a 120-year journey. But while some had been sceptical, early footage seems to show the duo have what it takes to carry the film alone. 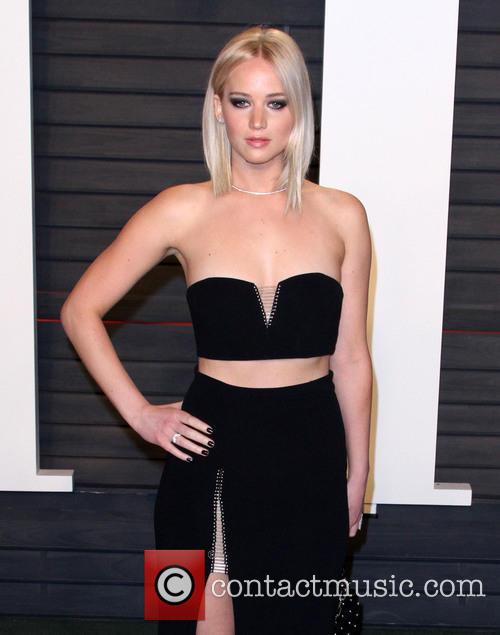 At CinemaCon on Tuesday evening both Lawrence and Pratt where on hand to show the first footage from the film. Speaking about his character, Pratt said: “Jim is a mechanic and he’s the type of guy who fixes things.”

“He uses his hands and the world he lives in when something is broken you don’t fix it. You order a new one. So he’s become obsolete and he’s traveling to a distant planet, a new world, a new future hoping [for the best].”

But just 30 years into his 120-year journey to the new planet Jim wakes to find he’s been prematurely revived. Jim believes he’s the only passenger awake until Aurora (Lawrence), is also mysteriously revived. “My character is a writer in New York,” Lawrence said.

“She wants to be the first person to make the first 120 year journey to another planet and come back and write about it.” The teaser hinted that with only each other to depend on, romance soon blossoms between the two characters.

During the introduction the pair showed they have ample chemistry off-screen as well as on. “I’m breaking away from the teleprompter,” Pratt said at one point. “Here’s to you guys. I hope you’re getting drunk and having fun and making lots of mistakes. That’s what Vegas is all about. I’m not exactly sure how a movie theater works. You do…”

“I worked in a movie theater,” Lawrence then said. “Whoever you call to order popcorn and soda stuff double up the order right around Christmas cause you’re gonna sell a lot of it,” Pratt continued, before adding. “That was the joke.”

Pratt then attempted a cool mic drop moment, which went slightly awry when the microphone landed on Lawrence’s foot. “Ow, you dropped it on my foot!” Lawrence told him. Passengers is set to hit US theatres on December 21, 2016.