It seems like a no-brainer now, but when the summer began no one had ever mentioned Amy Schumer and Jennifer Lawrence in the same breath. A few months later, they're best friends planning to make a movie together.

The news broke this week that Jennifer Lawrence and Amy Schumer are 100 pages into writing a comedy screenplay together, and that they plan to play sisters in the movie. "Amy and I were creatively made for each other," Lawrence says. "We have different flavours. It's been the most fun experience of my life." 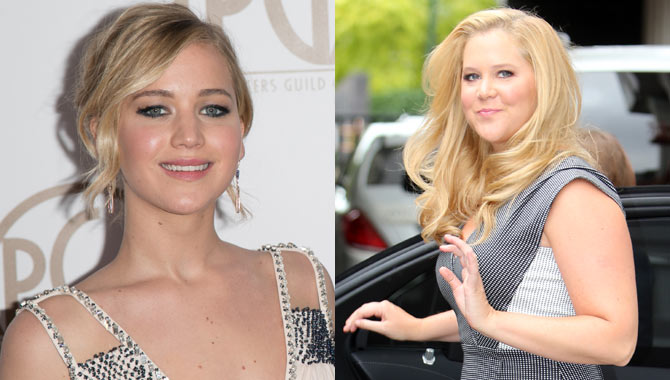 Jennifer Lawrence & Amy Schumer are writing a script together

It was only a month ago on The Daily Show that Schumer told Jon Stewart about the friendship, which started when Lawrence sent an email to Schumer after seeing her movie Trainwreck. Lawrence laughs about that message. "I said, 'I guess I should just say it: I'm in love with you,'" she explains. "We started emailing, and then emailing turned to texting. We really hit it off, to say the least."

The next thing Schumer knew, Lawrence was crashing her annual summer vacation with her buddies. "I was like, 'Oh, we're going on a boat tomorrow, you should come,'" recalls Schumer. "It was kind of hypothetical, and she was like, 'I think I'm coming,' and I was like, 'Oh my God.' So I filmed a video of me telling my friends - and they're like nurses and teachers - that Jennifer Lawrence is coming on a boat with us tomorrow. They're all screaming."

A series of Instagram photos proved that they had a great time together. "She's the coolest chick you'll ever meet," Schumer says. "She was like one of the gang." So it was unsurprising that Jon Stewart, listening to this story, suggested that Schumer follow up Trainwreck with a comedy alongside Lawrence. And now that's exactly what's happening.