Jennifer Lawrence was completely prepared for fame when it arrived, according to former Paramount exec Sherry Lansing.

She’s one of the biggest stars in the world and the highest-paid female actor in Hollywood after years of hard work, but apparently Jennifer Lawrence “always knew” she was going to be famous.

At least, that’s according to a Hollywood executive, who presented the 27 year old with an award named after her at The Hollywood Reporter’s annual Power 100 Women in Entertainment breakfast this week.

Former Paramount Studios CEO Sherry Lansing explained in her speech at the event that she knew, right from their very first meeting, that everything would be fine with Lawrence and her exposure to the demands of mega-stardom that were about to come with The Hunger Games. 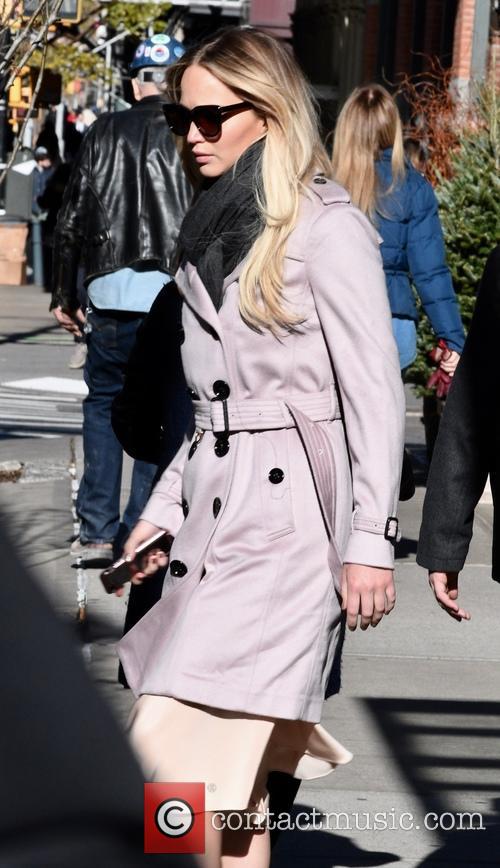 Jennifer Lawrence "always knew" she would be famous

“I first met Jennifer over five years ago, and it was at a small dinner party at [studio executive] Michael Burns’ house,” Lansing told the crowd.

“There were about 12 people there and Michael came over to me and he asked me if I could sit next to Jennifer. He told me he was worried about her. Michael told me that Hunger Games was about to come out and he believed that it was going to be a hugely successful film and he said that Jennifer had absolutely no idea how her life was going to change.”

More: Jennifer Lawrence turns into “an a**hole” to avoid selfies with fans

“As I watched her interact with the other guests, I saw a highly confident woman and I really didn’t think she needed any advice from anyone,” Lansing continued. “But then, Jennifer did something quite remarkable. She turned to me and she said, ‘I know Michael is worried about me, and I know he wanted you to talk to me but please don’t worry about me.’”

Lansing then said that Lawrence – looking on from the crowd in mild embarrassment as she explained the story - then told her, “I have a secret. I always knew I was going to be famous, so I am totally prepared for it.”

And indeed, that’s how it turned out. Lawrence has been named as the highest-paid female actor in the film industry in 2015 and 2016, for her lead role throughout The Hunger Games franchise and her part in the X-Men series, on top of prestigious films like Passengers.

“In that simple, direct honesty I actually knew everything I needed to know about Jennifer,” Lansing added. “I knew she was a very, very special person and I knew she was going to be more than fine.”