Jennifer Lawrence Admits Pressure Of Fame Does Get To Her: “I’m So Scared To Say Anything Now”

Jennifer Lawrence, in a recent interview, discussed the pressures of fame and admitted to googling herself.

We’ve all assumed Jennifer Lawrence doesn’t really care what people – or the press – think about her. She appears, with her direct and humorous approach to interviews, to possess a devil may care attitude which has won her many fans since she rose to fame in 2011. However, in a recent interview, the 25-year-old Hunger Games actor admitted she does care and has even googled herself. 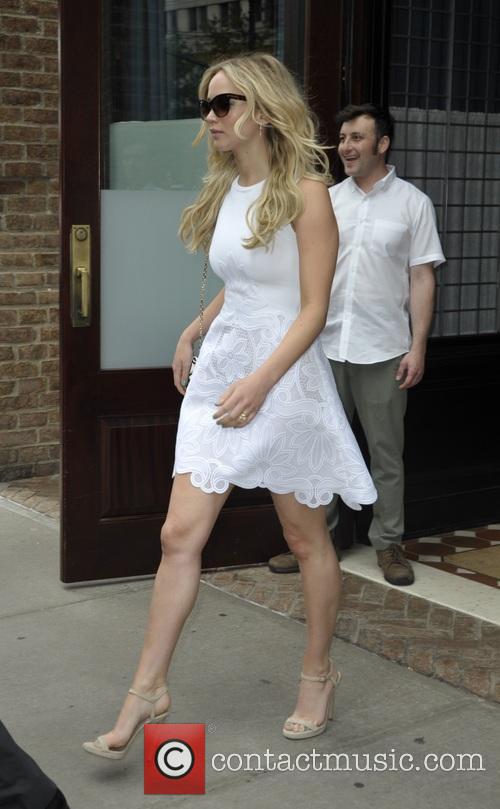 Speaking in a recent interview with The New York Times, Lawrence explained how she has grown more cautious over the years and is now “afraid” to say anything for fear it gets taken the wrong way.

“I’m so scared to say anything now,” Lawrence explained. “I can see every negative way that people can take it, and I don’t want to sound like I’m complaining. “Oh, she’s so conceited now. Oh, she’s so jaded now.” It probably comes from Googling myself. If it were up to me, I would not talk. I would just act.”

Lawrence also revealed the pressures of fame do get to her although, as she admitted, it does appear as if she’s having “a blast” and doesn’t care what anyone else thinks.

“I can’t think of a more wasteful use of my time than to worry about this,” Lawrence continued. “Why do I care what people think? But I do. I just can’t pretend I don’t care. I get really insecure about it. The world makes an opinion of you without ever meeting you. That worry should not bother me, but it does. It bothers me.”

Lawrence is currently promoting the final film in The Hunger Games franchise, The Hunger Games: Mockingjay – Part 2, in which she stars as Katniss Everdeen. The film will be out in UK and US cinemas from 20th November 2015.