Lawrence went to join his table on a night out a few months ago, but Ford didn't know who she was - "he just stared at me!"

She’s the highest-earning actress in Hollywood, but it seems that not everybody knows who Jennifer Lawrence is, as she revealed an embarrassing recent encounter when Harrison Ford gave her a blank stare of non-recognition.

The 25 year old star of X-Men Apocalypse was chatting with British TV host Graham Norton this week, filming an episode of his chat show that is due to air on Friday evening (May 13th). Recollecting the highly awkward incident, she said it happened earlier this year when she was on a night out with comedian Jack Whitehall, and spotted the Han Solo actor dining with Star Wars: The Force Awakens director Jj Abrams. 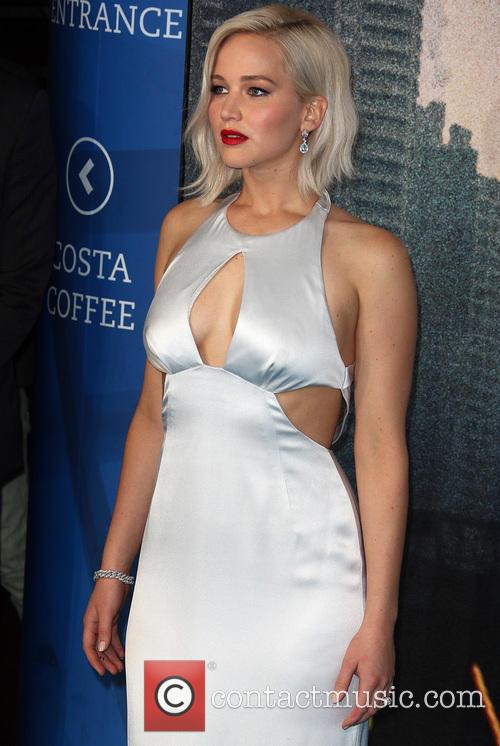 “I probably humiliated myself more than ever before… I never assume anyone knows who I am, but when I spotted Harrison Ford and JJ Abrams I was like, 'It'll be fine, we're all co-workers, right!' So I went up to them and started dancing like an idiot.”

“I realised while I am dancing that they had absolutely no idea who I was so I just turned around and walked back to Jack dying of embarrassment.”

Whitehall, who also appeared on Norton’s show, said that to add to her chagrin he then walked straight over to Ford, who recognised him almost instantly.

“The funny thing was I had just done this show with Harrison and he is the only A-list Hollywood star I’d met,” the 27 year old recalled. “Jen had just been blanked and I was like, ‘Hey, it’s all right, I’ll go and say hi to Harrison.’ And literally as I walked over he stood up and shouted, ‘Hey, Jack!’ ” It was so funny. It was probably the best night of my life and Jen’s worst!”

Lawrence did add that Ford eventually figured out who she was and apologised for not recognising her. “Later he wrote to me because someone with a 12-year-old must have told him who I was!”