Final Hunger Games Movie Will Be Released In Two Parts 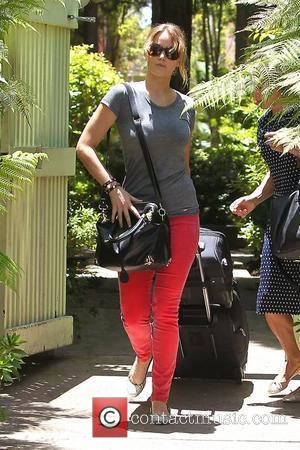 The last instalment of the Hunger Games movie franchise will be released in two pars, AFP reported today (July 11, 2012). The films are based on the movie trilogy by Suzanne Collins and in a similar move to the Harry Potter movies and the Twilight films, the last of the series will be strung out across two separate releases. The last two of the Hunger Games films will be released in 2014 and 2015 and are scheduled to target the "lucrative" Thanksgiving weekend cinema-goers.
The Hunger Games novels tell the story of a group of teenagers forced to fight for their lives in a Roman circus-style battle, in which they spar until just one combatant remains. The first of the movies was released earlier this year, and was greeted with huge global popularity, having raked in over $152 million in its debut weekend alone and has boosted the profile of its young stars, including Jennifer Lawrence, Josh Hutcherson and Liam Hemsworth. At the time, it was the biggest opening weekend ever for a non-sequel film, though it didn't hold the title for long. Avengers soon took over that mantle, making an estimated $200 million in its own opening weekend in May.
The second film in the Hunger Games series, Catching Fire, is scheduled for release in November 2013. Philip Seymour Hoffman has been confirmed to join the cast, as has Jena Malone. The director of the debut, Gary Ross, has stepped down from his duties, which will be taken over by FRANCIS LAWRENCE.