Did Jennifer Lawrence Go Too Far On Saturday Night Live?

Jennifer Lawrence has caused controversy with her tongue-in-cheek jokes about her fellow Oscar nominees on 'Saturday Night Live'. 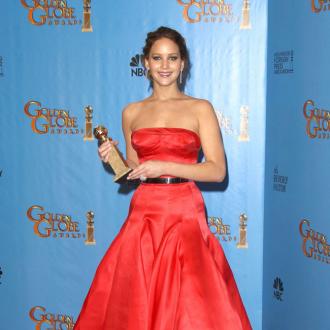 Jennifer Lawrence has sparked criticism for her risque comments on 'Saturday Night Live'.

She scoffed: ''Well, well, well. Look who it is. Jessica Chastain. More like, Jessica Chas-ain't winning no Oscar on my watch! In 'Zero Dark Thirty' you caught Bin Laden. So what? In 'Winter's Bone' I caught a squirrel - and then I ate it. Boom. Deal with that!''

Jennifer then enthused that the highlight of the Golden Globes ceremony last Sunday (13.01.13) was meeting ''the most fun person I've ever met: Tommy Lee Jones!''

The camera then cut to comedian Bill Hader sitting glum-faced in the crowd, imitating Tommy.

Her antics have received mixed responses from critics and the public alike, with one Deadline commentator describing her sketch as ''Tacky. Gone from finding her 'uncensored' and 'fresh' to 'disrespectful' and 'entitled'.''

Another added: ''I didn't find it particularly arrogant or disrespectful. The real tragedy here, is that it just isn't funny!''

The 22-year-old actress' hosting gig comes just one week after she caused a controversy upon collecting her Best Actress Golden Globe for 'Silver Linings Playbook' and joked: ''I beat Meryl Streep!''

She responded: ''I was like, is that what this turned into? I don't like Meryl Streep? As if I've had my eyes on getting that girl forever and I was like, 'Finally! I knew it would happen one day'.''