Federal Agents Probing The Hollywood Hacking Scandal, Which Led To Intimate And Semi-nude Pictures Of Stars Including Jennifer Lawrence, Kim Kardashian And Kate Upton Leaking Online, Have Targeted Two Houses Allegedly At The Heart Of The Cyber-crime. 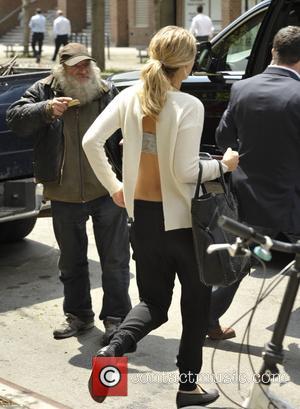 Dozens of actors and pop stars, mostly female, were left mortified last year (14) when computer crooks accessed remote iCloud storage accounts and stole personal and private photographs which were then widely circulated on the Internet.

Police launched an investigation to find the culprits, and documents obtained by the Chicago Sun-Times reveal officers later identified two addresses in Chicago, Illinois they allege were directly linked to the hacking.

Both properties were raided by Federal Bureau of Investigation (FBI) officers in October (14) and several computers and floppy disks were taken away, but no arrests were made.

An agent in the case tells the New York Daily News that digital footprints show broadband accounts registered at the houses were used to access a total of 902 iCloud accounts almost 4,000 times to obtain "nude and sexually explicit photographs of dozens of female celebrities... and that began on or about Aug. 31, 2014."

The Chicago Sun-Times also reports that the documents detail a law enforcement officer's interview with a hacking victim identified only as 'J.L.' - believed to be The Hunger Games star Lawrence - during which she became "very distraught" and "stated she was having an anxiety attack and was visibly shaken".