Can The Hunger Games Really Beat Twilight Saga At The Box Office? 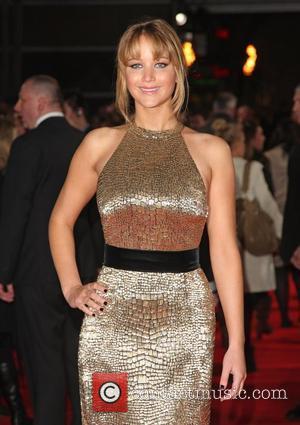 All eyes this weekend will be on The Hunger Games - Lionsgate's big-budget movie that apparently has the potential to score one of the top debuts of all time at the domestic box-office. Rarely has a film generated so much of a buzz ahead of its release and cinemagoers are already drawing comparisons to the Twilight Saga franchise.
According the Hollywood Reporter, The Hunger Games - starring Jennifer Lawrence and Josh Hutcherson - could eclipse the $138.1 million that The Twilight Saga: Breaking Dawn Part 1 made during its opening weekend in November. Conservative estimates have predicted a $100-120 million opening. The movie also has a shot of taking the crown for the best March opening in history - a title currently held by Alice in Wonderland, which took $116 million after opening in 2010. Directed by Gary Ross and based on the popular novels by Suzanne Collins, The Hunger Games follows a society in which girls and boys from each 'district' are forced to fight to the death on live television. The competition this weekend, which includes well-reviewed movies such as '21 Jump Street' and 'Jeff, Who Lives At Home' will get nowhere near the Hunger Games and rival studio executives are already quaking in the boots, with one saying of the predictions, "Numbers don't get much higher than this.Hunger Games is tracking like a sequel, even though it isn't a sequel. It's three times higher than the first Twilight".
If the box-office figures are as high as expected, The Hunger Games franchise could end up reaching the heights of Twilight Saga and Harry Potter - though Collins only wrote three novels in the series.