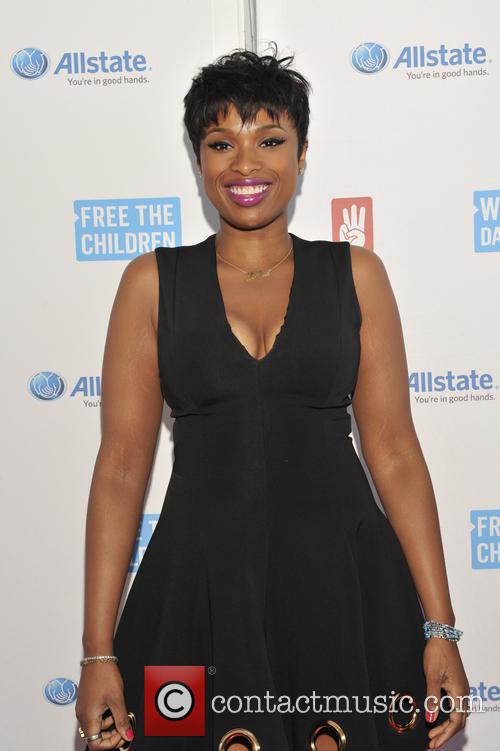 After saying their vows, the couple, who have four children, stood at the altar to watch a congratulatory video Hudson had pre-recorded. The curtain then dropped to reveal the star herself, who promptly serenaded the newlyweds with her song 'I Still Love You', The Hollywood Reporter wrote.

The surprise was part of the LGBT marriage-equality initiative Turn It Up for Change. Last year Hudson, the Human Rights Campaign and W Hotels teamed up on the scheme, and when the Supreme Court legalised same-sex marriage in June this year, the W immediately began planning J-Hud's surprise performance.

According to the campaign's website, Hudson said, "I owe a large part of my success to the lesbian, gay, bisexual and transgender community, who have embraced and supported me from early on in my career. That is why I am thrilled to join forces with W Hotels and the HRC to use the power of music to promote LGBT equality.

"We have already come a long way on this topic in such a short time, but now it's time for the final push. It's time to 'turn up' the volume on this crucial human rights issue."

She posted pictures of the wedding-crashing stunt on Instagram.

Congrats to Chris and Scott ! They said  girl where the hell u come from!

Whatever makes u happy !