Jennifer Hudson will play the role of a nun in forthcoming comedy movie 'Three Stooges'. 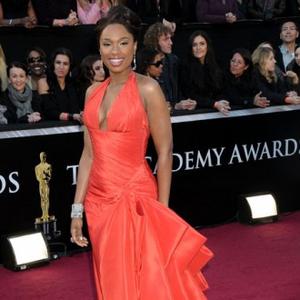 Jennifer Hudson has joined the cast of 'Three Stooges'.

The Oscar-winning actress will play the role of a nun in an orphanage where The Stooges - played by Chris Diamontopoulos, Sean Hayes and Will Sasso - spend most of their time.

Bobby and Peter Farrelly are set to direct the comedy movie, which is set for a release in 2012.

Jennifer has had a slow but steady film career since her rise to fame on 'American Idol', in which she was eliminated early on in the competition.

She won an Academy Award for her debut movie 'Dreamgirls' - also starring Beyonce Knowles - and appeared as Carrie Bradshaw's assistant in 2008 romantic comedy 'Sex And The City'.

She will next be seen in 'Winne', a biopic about Winnie Mandela - the wife of former South African president Nelson Mandela.