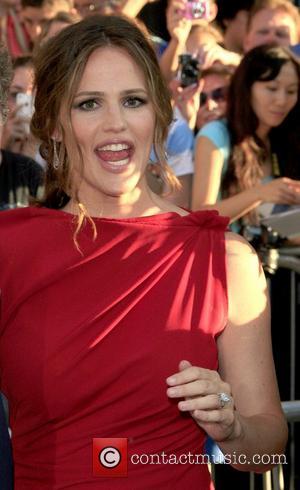 Jennifer Garner has dashed her husband Ben Affleck's hopes of having more children as she is already too busy with a family of three.
The 40-year-old actress gave birth in February (12) to the couple's third child, a son named Samuel, who joined sisters Violet, six, and Seraphina, three.
Garner admits her partner would like to have a fourth child, but she fears another baby will be too much hard work.
She tells U.S. TV show Extra, "It's absolute chaos! I really did not realise how much more work three was going to be than two...
"The fact that Ben wants another is true... I can tell you that would be a pretty uphill battle with me. I am not anticipating having any more kids!"