Jennifer Garner was 'miserable' in marriage

Jennifer Garner split from Ben Affleck because she ''didn't want to spend another year of her life being miserable'', a source close to the brunette beauty has confirmed. 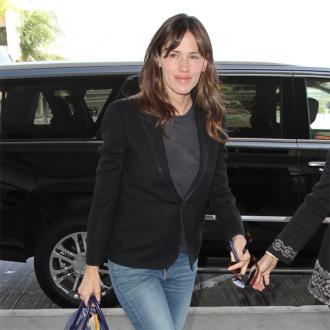 Jennifer Garner split from Ben Affleck because she ''didn't want to spend another year of her life being miserable.''

The 43-year-old actress, who announced plans to divorce the Oscar winner after 10 years of marriage last week, was reportedly ''fed up'' of his ''very dark spells'' and ''demons.''

A source close to the 'Butter' star said: ''She was fed up. She didn't want to spend another year of her life being miserable.''

Another friend said: ''Ben has his demons. He had some very dark spells, and Jennifer was very aware of them. She hated when he went through periods like that.''

The former couple announced their split after flying to the Bahamas separately to be with their children, Violet, nine, Seraphina, six, and Samuel, three.

The insider added: ''The family felt it was important to be together, and they were together as a family that day.''

A few days later, they were photographed having ''a sombre-looking conversation'' by the sea.

An eyewitness said: ''It was obvious they are both in a lot of pain.''

While Ben, 42, ''is devastated,'' Jennifer is also heartbroken because ''at the end of the day, he left her no choice.''

A source close to the brunette beauty told PEOPLE: ''But she has always been and continues to be the strongest person I know. All things considered, she is handling this as well as any person could. People either rise up or fall down, and she's risen up in this situation.

''She loved Ben, but there comes a time when you have to say enough is enough and take care of yourself.''