Actress Jennifer Garner Helped To Lift The Spirits Of A Young Cancer Sufferer Last Weekend (25-26jul15) By Making A Surprise Visit To The Boy's Hospital Room. 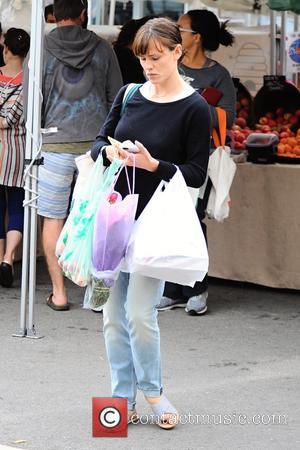 The Dallas Buyers Club star has been filming Miracles from Heaven in Atlanta, Georgia and on Sunday (26Jul15), she and co-star Kylie Rogers showed up at the Scottish Rite hospital unannounced to visit Henry Shepherd.

His mum, Carrie, tells People.com, "I think she was flattered that he recognised her. She visited with us for a while, and it's hard to explain, it just felt so natural. She was so down to earth, so genuine."

She continues, "Someone said they saw her crying at the nurses' station after seeing all of the sick children with cancer. I think it really got to her, especially as a mother. She is a very sweet person with a very big heart."

Garner and Rogers posed for pictures with Shepherd and his twin sister and also stopped to visit other children.

News of the hospital trip emerges one day after representatives for Garner's estranged husband Ben Affleck announced they were "considering legal action" over a "baseless" Us Weekly magazine article, which alleged the actor had been romantically involved with their childrens' nanny, Christine Ouzounian, during a trial separation.

Garner and Affleck announced they were divorcing last month (Jun15) after 10 years of marriage.