Jennifer Garner has reportedly asked her friend Neil Patrick Harris to keep an eye on her husband Ben Affleck while he films 'Gone Girl'. 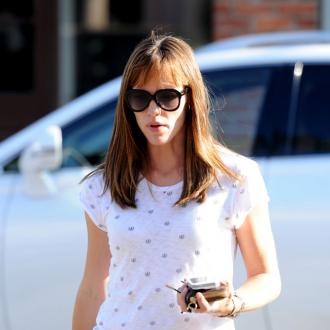 Jennifer Garner has recruited Neil Patrick Harris to watch over Ben Affleck on the set of 'Gone Girl'.

Superstar Ben's wife is concerned about his co-star Emily Ratajkowski - best known for appearing topless in Robin Thicke's 'Blurred Lines' video - so has allegedly got her friend keeping an eye on what happens on set.

A source told the National Enquirer magazine: ''Jen has asked Neil to watch Ben like a hawk, especially around Emily. He has a legendary weakness for beautiful women and she's terrified he won't be able to resist her.

''It's obvious Emily has no inhibitions about using her sexuality in her work and she'll definitely share some hot scenes with Ben.''

Jennifer - who has daughters Violet, seven, Seraphina, four, and 21-month-old son Samuel with Ben - shouldn't worry too much as the star has previously said how he thinks he has married above him, which is one of the secrets to their success as a couple.