Jennifer Garner Showed Her Support For Producer Gordon Gray And His Family By Hosting A Fundraiser To Help Find A Cure For His Daughters' Rare Brain Disease. 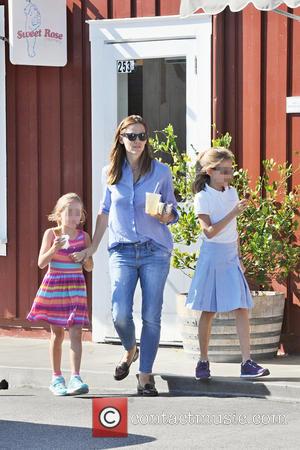 Gordon, the filmmaker behind sports movies such as Miracle, The Rookie and Million Dollar Arm, and his wife Kristen, launched the Charlotte + Gwenyth Gray Foundation in June (15) in support of their girls, four-year-old Charlotte and two-year-old Gwenyth, who both have Batten disease.

The fatal neurodegenerative condition is so rare there is little funding for research or clinical trials to find a cure or treatment, so the Grays decided to set up their own foundation with a goal of raising $10 million (£6.25 million).

Thanks to their connections in Hollywood, they have been able to garner the support of many celebrities who have been urging their own fans to donate to the cause, and among the early champions of the foundation was Jennifer, herself a mother of three.

On Wednesday (14Oct15), the Dallas Buyers Club star served as emcee for the fundraiser, which was held at a private residence in Malibu, California. The event also featured performances from The National, Merritt Lear, and Young the Giant.

"Kristen and Gordon Gray are not going to let us avert our eyes from their daughters' condition," Garner said to People magazine. "In the middle of their pain and grief, they are going to face the facts of Batten disease and look us in the eye and ask us to join them in the fight."

The Grays tell People they are "very close" to the $3 million (£1.9 million) mark, and praised their pal Jennifer for her dedication to the cause.

"It is wonderful to see how invested Jennifer is in not only to our cause but also other rare diseases," they said. "She is so open and willing to help in any way and for that we are very grateful."