It's Baby No. 3 For Jennifer Garner And Ben Affleck 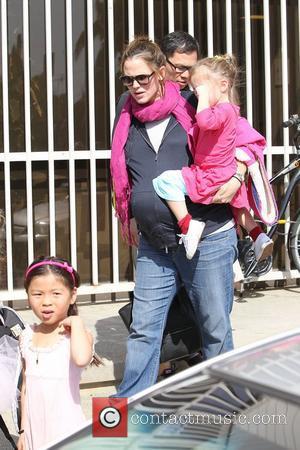 Congratulations to Jennifer Garner and Ben Affleck who've announced that that they're to be parents for the third time, according to People Magazine. The new addition to the family is a son, Garner giving birth in Santa Monica. The new arrival joins the pair's daughters, six year-old Violet and three year-old Seraphina.
When Affleck first burst onto the scene, he was known almost as much for his high profile relationships as he was his burgeoning talent as an actor. He had a relationship with Gwyneth Paltrow after the star's break up with Brad Pitt in 1998 whilst in 2002 he had another well-publicized relationship with Jennifer Lopez in 2002, even going so far as getting engaged with her to consecrate what the press had started describing as "Bennifer;" that all went sour though and they split, to much shock, in 2004.
It wasn't long after that he started seeing his 'Daredevil' co-star Jennifer Garner, and the pair got married after just nine months together in 2005. Three kids in at the pair still seem inseparable almost seven ears after marrying, with Garner saying back in January "He knows when to swoop in with the gesture. He's sweet that way. Honestly, I would do anything for that man, because I know it's not taken for granted."