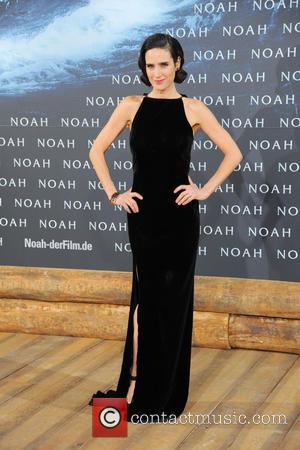 Noah star Jennifer Connelly insists religious leaders are beginning to soften their criticism of the film after studio bosses agreed to make changes to the biblical epic's marketing campaign.

The actress, who plays ark-builder Noah's wife Naameh opposite Russell Crowe in the movie, confirms reports suggesting the film drew early criticism for straying too far from the Bible's account of the Great Flood.

Keen to get support from religious leaders in the U.S., Paramount bosses made cuts of the movie to screen test them for various Christian conferences, and then agreed to make changes when the priests and pastors offered their thoughts.

Sources tell The Hollywood Reporter that the executives agreed to alter the marketing materials to state that the film was a creative rather than a literal adaptation of the story.

Now Connelly says, "What you'll find is that the controversy that was generated (was) by people who were speculating (and) hadn't seen the film yet, for the most part. We're now getting feedback from religious leaders, who have seen the film and are really embracing it and supporting it.

"While it is very creative and very bold and very complex, really, it's true to the spirit of the story in the Bible."

The actress also explains she sought out archaeologists and experts to make sure her portrayal of an ancient woman was accurate.