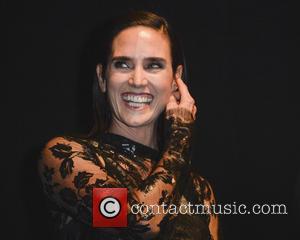 Jennifer Connelly and her husband Paul Bettany are to be honoured by charity bosses in New York for raising awareness of homelessness with their new film Shelter.

Connelly plays a drug addict living on the streets of the Big Apple in the movie, which was directed by Bettany, and lost 25 pounds (11 kilograms) for the role. She also spent time with real life addicts and learned to use a proper syringe to inject herself in drug scenes to make her portrayal convincing.

The stars will be honoured for their work on Shelter at the 20th Artwalk Ny, a benefit for New York based charity Coalition for the Homeless.

The event will be held at Metropolitan Pavilion in Manhattan on 30 October (14) and will include an auction of artwork from artists including Cindy Sherman, Chuck Close and Ed Ruscha.