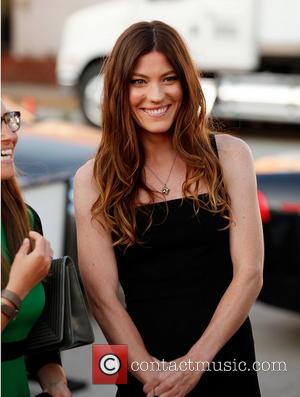 Dexter actress Jennifer Carpenter fought back tears on Thursday (18Jul13) when she reunited with Tv co-stars past and present to take part in their final Comic-Con panel appearance.

Michael C. Hall, who plays the serial killer title role, featured alongside Carpenter during a question and answer session with fans at the comic book convention in San Diego, California, and they were joined by old colleagues Julie Benz, Lauren Velez and Erik King, whose characters have all been killed off on the hit drama.

Another former Dexter castmate, John Lithgow, also put in an appearance at Comic-Con, paying tribute to the series in a taped video segment.

In the clip, he joked, "I wish I could be with you today but, as you know, I'm dead", referring to the demise of his character, The Trinity Killer.

During the panel event, Hall expressed his gratitude to the audience for helping to keep them all employed, saying, "Just as you all waited in line and are here for us, we have been here for you, and we are here because of you."

And Benz revealed she had mixed feelings about the series wrapping for good after its current eighth season, admitting, "It's ending on a high note, and that's what you want to see in television, but it's sad to see it go."

However, the emotional reunion was a little too much for Carpenter to bear and the actress visibly struggled to keep from crying as she expressed her need for closure as Dexter's conflicted sister Deb: "I wanted and want Deb to die. As an actor, it's because I love her. It's a little like how Michael treats his victims: I want her to go to the bottom of the abyss instead of in my head for eight years after the show is over to wonder, 'What if?'..."

Dexter Star Fears She's About To Be Killed Off