Jennifer Beals has issued a statement in which she hits back at critics claiming she left her dog in a 'hot' car earlier this week.

There’s a few basic things any dog owner knows you absolutely should not do and one of them, listen closely Jennifer Beals, is leave your dog in a hot car in summer. But that’s exactly what the actress was accused of and she’s been under fire from fans and animal lovers alike after being caught on camera seemingly leaving her pooch in her car in Vancouver earlier this week. 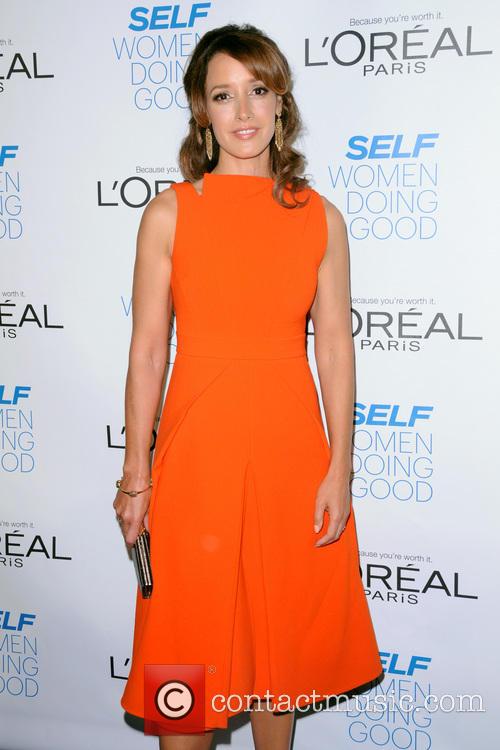 Jennifer Beals at Self Magazine's Awards in New York in 2013.

51-year-old Beals was filmed returning to her car after visiting a shop in Vancouver, Canada on Wednesday (29th July). The windows of the car were slightly open and her dog was visible inside the car.

According to reports in the Global News, one of their reporters noticed the dog panting inside the car and filmed the incident, planning on reporting it. A passer-by also confronted Beals when she returned to her car. Beals seemingly brushed off the incident, claiming the windows were rolled down sufficiently for the weather in the city. The British Columbia Society for the Prevention of Cruelty to Animals disagreed, stating in an interview with the Canadian news site that the windows were not rolled down enough.

Beals has since released a statement in which she hit back at her critics, claiming she made an extra effort to protect her dog in the five minutes she left the animal in the vehicle.

“I have loved dogs my whole life. They’ve been in my life since the day I was born. Every dog I’ve had has been a rescue,” Beals said in a statement posted on her Facebook page. “I’ve worked with dogs in obedience, agility and shepherding training. I am not only a loving dog owner but a discerning one.”

Beals continued, explaining the circumstances and the weather conditions on the morning the dog was filmed in the car.

“I, and others, were wearing jackets. I rolled all four windows down and left the car for five minutes to pick up laundry, my car was visible to me the entire time,” Beals added.

Beals, who is best known for her starring role in the film Flashdance and her role in Showtime’s The L Word, is currently in Vancouver filming TNT’s Proof.