Justin Theroux And New Wife Jennifer Aniston Feared Their Friends Would Be Offended By Their Plot To Keep Their Wedding Plans Secret. 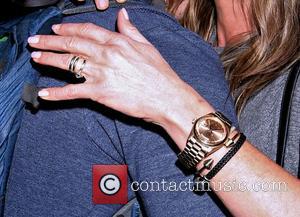 The Leftovers star and the former Friends actress tied the knot in August (15) during a surprise ceremony that some guests thought was a birthday party for Justin, who turned 44 a few days later.

But their plan to keep the wedding under wraps left some guests scratching their head, and the couple soon realised it was a bad idea.

"It was a massive miscalculation, because we thought we're gonna tell some people this and some people that, then (tell the truth) to the people that have busy schedules," Justin explained to U.S. talk show host Ellen Degeneres.

"Afterwards, we realised that was a terrible plan, because you're basically telling half your guests, 'You're unemployed and we can't trust you,' which of course is not the case.

Jennifer, who got engaged to Theroux in 2012, previously hinted to Ellen on her show last year (14) that their friends were on constant wedding watch due to rumours they were planning a top secret ceremony.

The actress explained her pals asked her, "I'm not in town that weekend but... should I be?", and Sacha Baron Cohen and wife Isla Fisher even showed up to parties at their home ready for a wedding.

Jennifer said, "Our friends Sacha and Isla, for four little gatherings about a year ago, they would show up in beautiful wedding wear. And even like the Fourth of July last year, Sacha was in a powder blue suit and Isla was in a little cute dress and we were like, 'Guys, it's the Fourth of July!' We're wearing cutoffs (jeans), we're eating hot dogs - we will actually let you know (when the wedding is)."