Jennifer Aniston was reportedly stunned when a vet diagnosed her beloved dog Norman with depression. 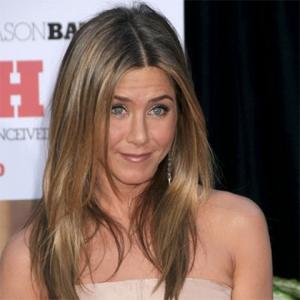 Jennifer Aniston's dog is being treated for depression.

The former 'Friends' star became concerned when her beloved pooch Norman disappeared overnight and then began acting strangely when he returned, so took him to see a special canine therapist, who diagnosed a mood disorder.

A source said: "Jen became seriously worried about Norman's mental health after his disappearance. He came back dazed and lacklustre and often didn't seem to recognise her.

"She's concerned this could be it for him and she's devastated.

"The dog therapist said Norman was depressed and that's what was causing him to act oddly."

The therapist prescribed medication for the dog, but Jennifer is hoping to nurse her pet back to health herself.

The source added to Now magazine: "She's hoping to coax him out of it herself. People may laugh at her, but Norman really is her best friend. She can't bear to see him like this, but he's very old and she's starting to accept he might be on his last legs."

Jennifer has previously been revealed to pay for 15-year-old Norman to receive a number of specialist treatments to deal with various ailments, including spending $250 a week on massage and acupuncture therapy.

A source said: "Norman has been Jennifer's constant companion during all her emotional upheavals, but he suffers from aching joints and stiffness. Jennifer doesn't want to put him on medication just yet, so she has opted for doggy spa treatments from a licensed vet technician."