Jennifer Aniston wants to matchmake for Gwyneth and Orlando

Jennifer Aniston is reportedly keen to set Gwyneth Paltrow up on a date with Orlando Bloom. 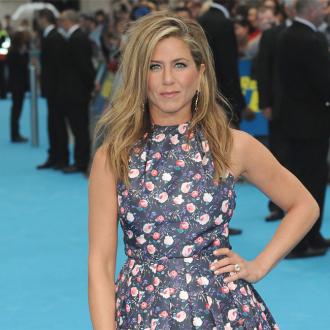 Jennifer Aniston is trying to set Gwyneth Paltrow up with Orlando Bloom.

The former 'Friends' actress - who is engaged to Justin Theroux - wants to help the blonde beauty find love again, following her split from Coldplay frontman Chris Martin, and thinks she and the 'Lord of the Rings' actor, who split from wife Miranda Kerr last year, might be a perfect fit.

A source said: ''Now that she's found love, Jen wants the same sort of happiness for all her friends, so when Gwyn pointed out that Orlando was hot, she started to play matchmaker.''

Jennifer is hoping to host a dinner party which both singletons will be invited to, and they'll be joined by a number of couples too.

The source added to heat magazine: ''She's not a pushy person so she'd never do it without the go-ahead from Gwyneth - but if Gwyn says yes, Jen's planning to throw a little dinner party at her house.

''She'll invite a few other couples so it's a party instead of a set-up. The last thing she wants to do is put them in an awkward situation.''