Jennifer Aniston to have two weddings?

Jennifer Aniston and Justin Theroux are reportedly planning two weddings, one in New York and another in California. 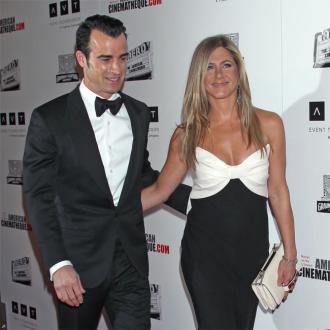 Friends of the couple say they plan to celebrate their marriage in both New York and California, with 'his and hers' events.

A source told the new UK issue of Grazia magazine: ''Justin grew up in New York, most of his family are on the East Coast, so rumour is that after 'Jen's wedding' in California, there will be something in New York.

''There's certainly going to be a wedding party on the East Coast. It might not even be until the summer, but Justin has taken charge of his side of the organisation and is really getting into it. He's arranging live music and the theme is going to be very rock 'n' roll.''

While Justin, 41, is organising a party, 44-year-old Jennifer's ceremony is likely to be more romantic and chilled out.

Another source said: ''Jen wants it to be really relaxed and quite classic. it will be traditional.''

The pair are also thought to have agreed to divide their time between the East and the West coast once they are married.

A source added: ''Jen knows how much Justin misses New York. So she's conceded that once they're married they can buy something there.''

Although Jennifer has previously bought a house in New York only to sell it months later claiming she didn't take to the city, Justin has been spotted looking at properties with his brother, SebastiAn.

A friend said: ''Justin was house hunting with his brother. He looked around a converted former police station - he wants Jen to feel safe in their New York pad.''