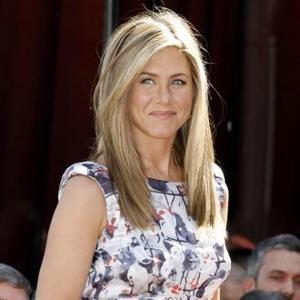 Jennifer Aniston is reportedly negotiating an ''eight-figure deal'' to become the face of Aveeno.

The 'Marley and Me' actress is in talks to become the new face of the brand, which sells natural-based skin and haircare products.

A source told the New York Post newspaper: ''Jennifer would be great for the brand because she appears to be very natural.

''The Deal, still being negotiated, would be worth a lot of money, certainly eight figures.''

The current face of Aveeno's is Dutch-born model-and-actress Daniella van Graas, who has appeared in 'Maid In Manhattan' and adverts for L'Oreal, Max Factor, Maybelline, Pantene, Pepsi.

This week the secret to the former 'Friends' star's svelte figure as she approaches her mid-forties was claimed to be a 'Wonder' smoothie, which is the only thing she drinks on one day a week.

A source said: ''The drink is made up of fresh, organic vegetables. Beetroot, cucumbers, spinach, garlic, carrots, celery and kale.''