Jennifer Aniston says it's important to take time off from working hard in the gym and just enjoy life. 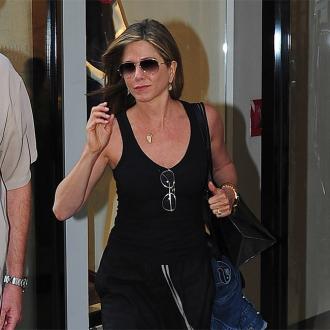 The former 'Friends' star - who is engaged to fellow actor Justin Theroux - has revealed she often takes breaks from her grueling exercise regime to simply enjoy her life instead.

The 45-year-old actress - who sticks to a combination of running, yoga and climbing to maintain her A-list figure - insists she has slackened her routine over the last two years and is constantly changing the ways she keeps fit.

She said ITV's Lorraine this morning(01.09.14): ''Honestly, there's always something which is consistent which is either running or yoga, but I love to do spinning, yoga, elliptical. I like to change it up. I go to the gym, do strength training started on this darn climber thing, which is a pain, literally a pain in the ass. Change it up. But also take some time off and don't do anything and enjoy your life. I've eased up for sure in the last couple of years.''

Meanwhile, the pretty brunette - who has been engaged to Justin, 43, for two years - admitted she is often made to feel like she has failed as a woman because she isn't a mother.

The 'We're The Millers' star recently told Carson Daly on the 'Today' show: ''I don't have this sort of checklist of things that have to be done, and...if they're not checked, then I've failed some part of my feminism or my being a woman or my worth and my value as a woman because I haven't birthed a child.

''I've birthed a lot of things, and I feel like I've mothered many things. And I don't feel like it's fair to put that pressure on people.''

Jennifer, who was previously married to Brad Pitt, also feels like she has ''grown up three times'' and has no regrets about the past.

She said: ''I feel like I've had three different periods of adolescence. I've had an incredible evolution. I keep seeing these little lifetimes that I lived, and they're all so wonderful. They all served me so well...I feel very grateful to my evolution and my history. I would never exchange it for anything.''