Jennifer Aniston received an ''engagement ring'' as a wedding gift from her friend Whitney Cummings, who admits it was a ''weird'' choice. 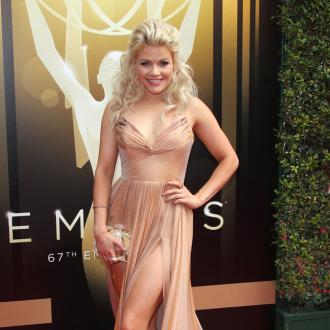 Jennifer Aniston received an ''engagement ring'' as a wedding gift from Whitney Cummings.

The 'Whitney' star was among the guests at her friend's secret nuptials to Justin Theroux at their Los Angeles home last month and admits the present, which was engraved with the 'Leftovers' actor's initials, was ''very weird''.

She said: ''I basically gave her an engagement ring for her wedding. It was very weird.''

The 33-year-old comic also confirmed the couple's first dance was during a performance of Sia's 'Chandelier'.

Speaking on 'Watch What Happens Live!', she admitted: ''It was pretty good.''

Whitney singled out DJ Howard Stern's ''hilarious'' speech as another highlight of the big day.

She said: ''All he did was talk about how he didn't know Justin well enough to be there.''

Howard has previously gushed over his friend's new husband, admitting he told the 'Cake' star she ''deserved'' such a good man.

He has previously said: ''I love him. I love him and I told Jennifer she deserves a guy like this. Because, after all, she's been very sweet and generous with us, but Justin and his body. His abs, his ass. Look at him. I'm giddy over him!''