The actress also admitted she finds herself watching reruns of the classic sitcom.

‘I’ll Be There For You’, the theme tune from ‘Friends’, is probably one of the most beloved sitcom openers of all time, but shockingly, not everyone is a fan.

During an appearance on BBC's One’s ‘The One Show’, star Jennifer Aniston revealed that the show’s cast weren't actually too keen on The Rembrandts' track. 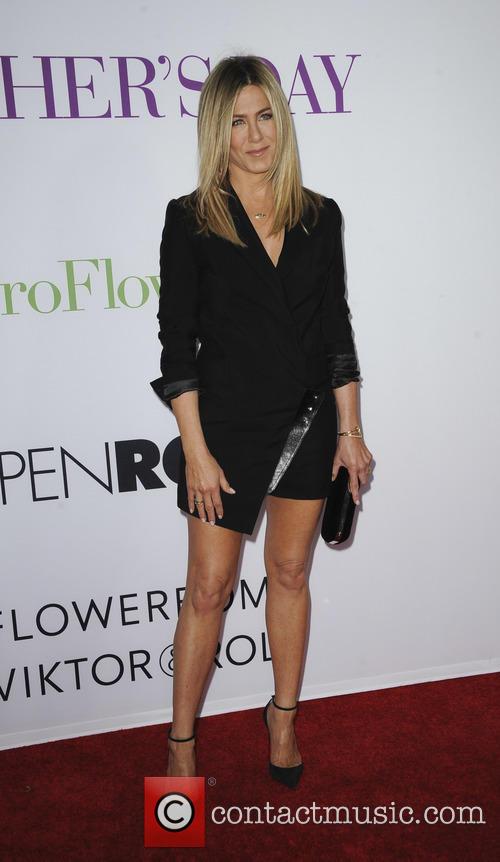 “No one was really a big fan of that theme song," Aniston confessed.

Speaking about the title sequence, in which the cast dance in a fountain, the actress added: “We felt it was a little...I don't know.

“Dancing in fountain felt sort of odd." When then asked why they did it, she replied: "Because we were told to.”

More: Jennifer Aniston Refuses To Be Characterised As A "Sad Childless Human"

"I can't help it. First, I'm trying to remember which episode it is, and then half the time I'm saying to myself, 'I don't remember that,'" she said.

"You get sucked into the nostalgia of it.”

The actress also shocked a few viewers when she mentioned ‘sex toys’ live on the tea-time show, hours before the 9pm watershed.

Fellow guests Will Speck and Josh Gordon, who directed Aniston in new move Office Christmas Party, were asked wether they thought she was more like Rachel from Friends or Julia Harris from Horrible Bosses

After the duo decided she was 'a bit of both’, with Speck saying: “I mean she's sweet and incredible but in a positive way she's also a boss, in a good way, in a positive way", Aniston then awkwardly added: “Just without the sex toys!”.