Aniston elaborated on her viral essay she wrote this summer for The Huffington Post about tabloid culture.

Jennifer Aniston has once again railed against tabloid culture and the paparazzi on ‘The Ellen DeGeneres Show’, following her widely-shared opinion piece on the same subject earlier this year.

The 47 year old actress, who has seemingly forever been the focus of media reports as to her marital status and whether she’s pregnant or not, wrote a visceral essay for The Huffington Post back in July opening up about the experiences of constantly being objectified in this way. 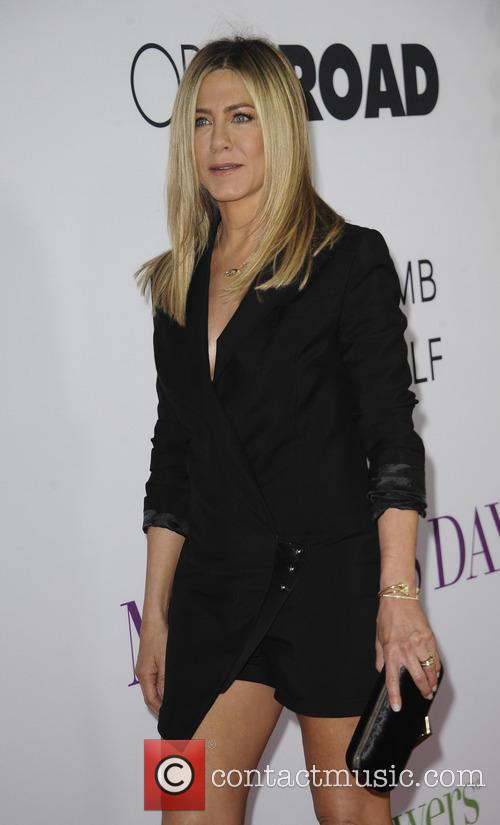 “I did it at first really for myself just to sort of - you know, how we write and don’t necessarily send it? Or at least since I was a kid I did that,” she told Ellen about the piece and why she wrote it. Aniston penned it in the context of having just returned from a vacation, soon after the death of her mother, and saw yet another “wonderful photograph” in a magazine that focussed on her stomach in a “disgustingly objectifying way.”

“I was just fed up with it,” she continued. “And I think these tabloids, all of us, need to take responsibility on what we ingest into our brains. Just because we are women, we have a uterus, we have a vagina, we have ovaries, we need to like, ‘Get to work, lady!’”

More: Jennifer Aniston reveals that the cast of ‘Friends’ didn’t like the show’s theme tune

“The objectification and scrutiny we put women through is absurd and disturbing,” Aniston wrote in the essay itself, which quickly went viral. “The way I am portrayed by the media is simply a reflection of how we see and portray women in general, measured against some warped standard of beauty.”

Continuing her explanation to DeGeneres, she added, “We, as women, do a lot of incredible things in this world other than just procreate - and not that that is not. But it’s like, we just get boxed in.”

Furthermore, she was incredulous at the fact that most of the speculative tabloid articles appear to be written by women. “We have to stop listening to them and we have to stop buying them because we have to support each other, especially at this time, to love each other, to support, and to be proud of women, of whatever your choice is in life. It’s up to us what makes us happy and fulfilled.”

More: Jennifer Aniston refuses to be characterised as a “sad childless human”