Jennifer Aniston teamed up with British radio host Scott Mills to play a prank on his colleague Chris Stark during an interview earlier this week. 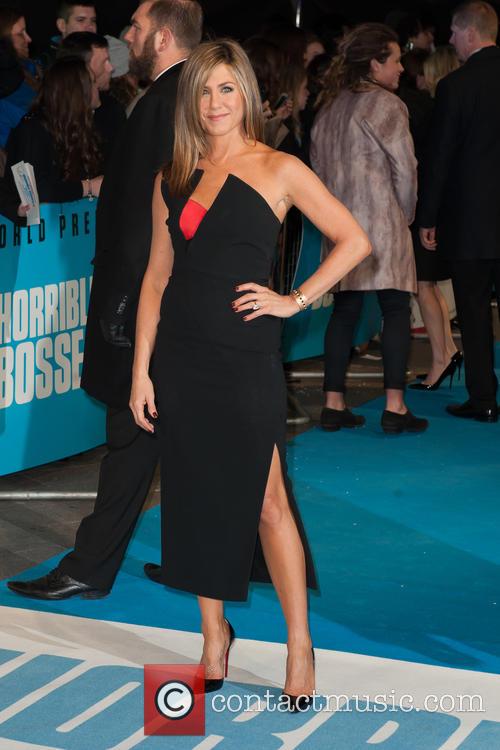 In a video posted online late on Tuesday that’s now doing the rounds, Aniston gives an interview about her upcoming movie Horrible Bosses 2, which opens in British cinemas this week.

Mills, an ever-popular figure at the BBC’s Radio 1 station for many years, introduces the video by saying that he intends to play a prank on his colleague Chris Stark, who is notorious for his deliberately awkward interviewing style, by giving him a taste of his own medicine. Aniston agreed to Mills’ request to be “the worst interviewee ever.”

"The question that will set her off is, 'Your character is quite forward, if you want to make the first move with a guy, how do you do it?'" Mills went on to say. The interview then begins, with Aniston being nice and responsive to Stark’s questions at first. But when he asks her about her character, the dirty dentist Dr. Julia Harris, she clams up and starts being awkward back to Stark.

More: Horrible Bosses 2 should probably never have been made.

For instance, in response to the question "Do you try to imagine Julia and go out raving?", Aniston bluntly replied “I don’t rave”. Stark seems to realise that he’s got himself into a bit of bother – you can practically hear his brain going into panic mode - and he tries to backpedal, increasingly desperately.

Eventually, Mills walks in to rescue him and reveal that it was all a prank. Stark certainly seems humiliated that he fell for the joke, seeing as that is a large part of his own style.

You can watch the whole video of the interview here.