Jennifer Aniston Opens Up About Brad Pitt Divorce: "I Don't Find It Painful"

The 45-year-old actress' split from Pitt in 2005 is still generating a lot of attention from the media nearly a decade later.

Jennifer Aniston's personal life has always garnered lots of interest since her well-publicised split from husband Brad Pitt in 2005, which intensified after the Hollywood actor began a relationship with his 'Mr. & Mrs. Smith' co-star Angelina Jolie shortly after, but nearly ten years later and Aniston has moved on in every way. 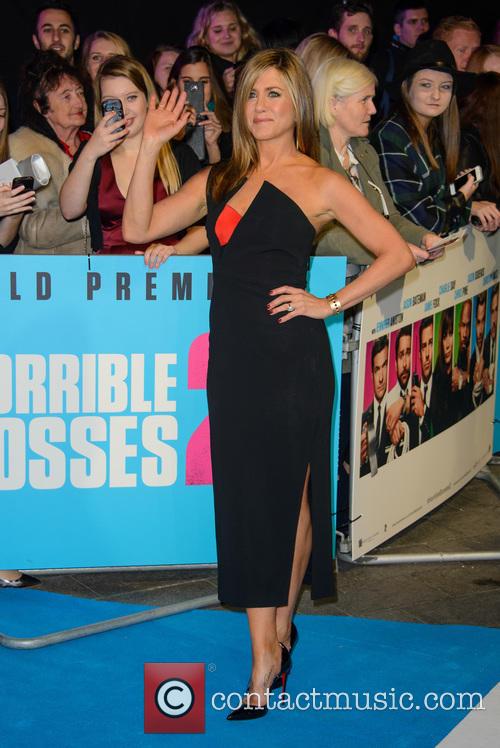 Aniston recently opened up about her ex-hubby Brad Pitt

Since their separation, Pitt is raising six children with Jolie, whom he married in August 2014, and Aniston is engaged to actor Justin Theroux. However, the infamous breakup is still a highlight in the celebrity world from the last decade, and the 45-year-old actress was once again probed about her ex-hubby on CBS Sunday Morning.

"I don't find it painful," Aniston said while speaking of her and Pitt's split. "I think it's a narrative that follows you because it's an interesting headline. It's more of a media-driven topic."

When asked if she and the 51-year-old movie star are still in contact with each other, she replied, "We've exchanged good wishes an all that sort of stuff to each other, but it's not a constant thing."

Aniston was also quick to dismiss any questions about her current relationship with Theroux, and the constant rumours that surround the pair. "We know what our truth is, and [the rumors are] all just static," she said.

More: Jennifer Aniston Hits Back At Accuses Of Her Being Too "Career-Driven" To Have Children

In terms of her career, Aniston may be set to become a hot favourite for this movie awards season for her role in the independent drama 'Cake,' for which she has already garnered a Golden Globe nomination. "I really was just ready to disappear and really go into the depths of a character," she said.