Jennifer Aniston Opens Up About 20-Year Struggle With Dyslexia: "I Just Couldn't Retain Anything"

The 45-year-old actress recently revealed she first found out she suffered with the learning difficulty during her mid-20's.

Although Jennifer Aniston has had a near-flawless career and is happy to admit that her "life is quite extraordinary," the 45-year-old actress has definitely had her fair share of hard times when it comes to her personal life. 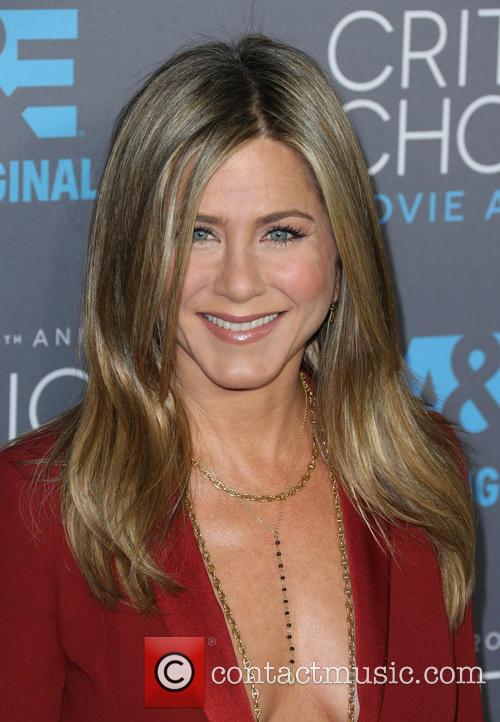 Aniston reveals she was diagnosed with dyslexia in her mid-20s

The 'Friends' alum, who usually remains tight-lipped about her private life, spoke candidly about a variety of topics in the latest issue of The Hollywood Reporter, including her issues with dyslexia and her high-profile divorce from Brad Pitt.

Aniston, who is now happily engaged to her 'Wanderlust' co-star Justin Theroux, said she has definitely moved on from the breakdown of her marriage that happened almost a decade ago.

"We're not in daily communication," she told the magazine about Pitt. "But we wish nothing but wonderful things for each other. Nobody did anything wrong. You know what I mean? It was just like, sometimes things [happen]. If the world only could just stop with the stupid, soap-opera bulls**t. There's no story."

Letting go of her past struggles may be the best thing for the Golden Globe-nominated actress, she added, "I'm a control freak. I like to be in charge of everything. My life was so out of control growing up, it's very important today for it to be in control."

Aniston also spoke openly about finding out she suffered from dyslexia during her mid-20s, which hurt her self-esteem during the early years of her career.

"The only reason I knew [that I had it] was because I went to get a prescription for glasses," she said. "I had to wear these Buddy Holly glasses. One had a blue lens and one had a red lens. And I had to read a paragraph, and they gave me a quiz, gave me 10 questions based on what I'd just read, and I think I got three right. Then they put a computer on my eyes, showing where my eyes went when I read. My eyes would jump four words and go back two words, and I also had a little bit of a lazy eye, like a crossed eye, which they always have to correct in photos."

Before being diagnosed, "I thought I wasn't smart. I just couldn't retain anything."

More: Jennifer Aniston's Deceased First True Love's Wife Blasts Actress: "She Was Not Present During His Long And Difficult Illness"

Aniston also commented on getting snubbed by the Oscars for her role in the gritty drama 'Cake.' "I know a lot of people were sorry," she graciously said. "I feel I've gotten such wonderful love - I had almost more phone calls and flowers than I did for any other nomination [in the past]."