Renovations on Jennifer Aniston's Bel Air home are progressing too slowly and the actress is worried they won't be completed in time for her wedding to Justin Theorux which is set to take place there. 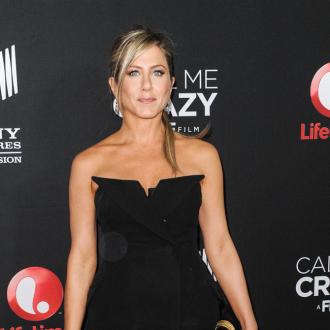 Jennifer Aniston is worried her home won't be renovated in time for her upcoming wedding.

The 44-year-old actress is rumoured to be planning to marry her fiancé Justin Theroux, 41, at her $21 million mansion in Bel Air, Los Angeles, in a few weeks time, is allegedly freaking out because it still looks like a building site.

A source told the new issue of America's Star magazine: ''Jennifer is totally freaking out about the wedding. The ceremony is supposed to happen at the new house, but she is becoming more and more convinced that none of the preparations will be finished in time and the event will be a disaster.

''It's a total nightmare. There's still tones to do, and the wedding is coming fast. They've put more than $6 million into remodelling, and it still isn't done. The garden where they are supposed to have the ceremony is not complete, or is the pool area. She's in total panic mode.''

The former 'Friends' star is said to be particularly worried that there isn't enough space in the garden to fit in all of her and Justin's guests, so they may have to change the setting where they say their vows.

However, 'Wanderlust' star Justin is less worried than his bride-to-be and is trying to make Jennifer realise everything will be fine.

The source said: ''Jennifer called Justin in tears about the house. But his attitude was, 'What will be will be.' ''