Jennifer Aniston has revealed she isn't concerned with gaining weight and doesn't consider it a ''big deal'' if she goes up a dress size. 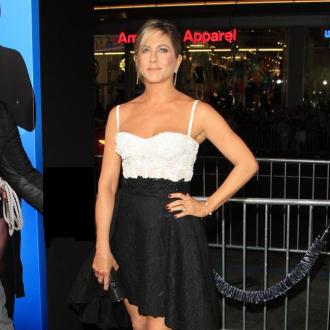 The 'Horrible Bosses 2' actress recently adapted her diet to include carbohydrate-rich foods and while it's made losing weight more difficult for her, she insists she doesn't care about the extra pounds.

She told InStyle magazine: ''I never ate pasta. I've been allowing myself a lot more in the past few years. Which does make it harder to lose those last few pounds. But you have to live. And so what? You go up a size. What's the big deal?''

The 45-year-old star previously opened up about her struggle to get back in shape after portraying Claire Bennett - a car crash survivor who manages her chronic pain with illegal drugs - in the drama 'Cake', which is set to be released next month.

She said: ''It's not so easy coming back, let me tell ya! We've got a way to go, but it puts you in a different state of mind not to be physical and not take care of yourself.''

Jennifer's co-star Camille Guaty added that many of her friends thought the actress could be pregnant with her and her fiancé Justin Theroux's first child due to her curvier figure.

She said: ''It's so funny, because a lot of people were like, 'Is she pregnant?' I'd say, 'No,' and they'd say, 'But she looks so dowdy.' I'm like, 'This is the role that she's playing!' Knowing the story, it's just a complete transformation.''