Jennifer Aniston thinks Courteney Cox should enjoy being engaged and says they don't talk about planning their respective weddings. 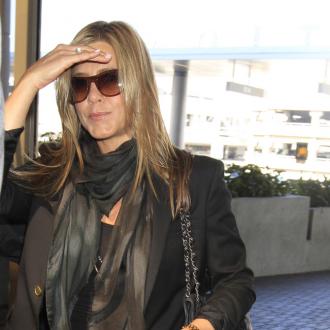 The 45-year-old actress, whose fiancé Justin Theroux proposed on his birthday two years ago, is thrilled her former 'Friends' co-star is planning to marry Snow Patrol rocker Johnny McDaid after he proposed earlier this summer, but doesn't think the 50-year-old beauty should rush down the aisle.

Asked if she and Courteney share ideas and plans for their respective nuptials, the 'Life of Crime' star told E! News: ''We honestly don't talk about it. We both have our things.''

She added: ''Her's just happened, minutes ago. There is something to enjoying the engagement period I have to say, whether it's three months, one year, two, three, four, five years, who knows, enjoy it. There's no rush.''

Jennifer recently claimed 'The Leftovers' star Justin, 43, would ''put a gun to my head'' if she ever had plastic surgery on her face, but hasn't completely ruled out ever going under the knife in the future.

She said: ''I'm never saying I would not do anything. I think that it's the Botox and the filler sort of thing has got, in some faces, out of control.

''Sure, it's been done really well because those people you don't go, 'Oh god,' but you lose perspective I think.''