Jennifer Aniston has reportedly built a chicken coop at the $21 million Bel Air mansion she will soon share with fiancé Justin Theroux. 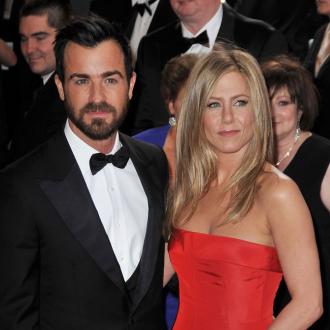 Jennifer Aniston has built a chicken coop in her Bel Air mansion.

The 'Friends' actress has reportedly poured over $6 million into remodelling the lavish Los Angeles home she purchased for herself and fiancé Justin Theroux last year, and it seems the couple will move in a few feathered friends as Jennifer has installed a lavish hen house on the grounds.

According to planning permission files obtained by RadarOnline.com, the couple have spared no expense on a chicken coop, which will be located behind their guest house and boasts a ''luxurious wooden deck''.

The 44-year-old beauty previously revealed her love of the farmyard animals.

She said: ''They're very social animals and they like it when you visit them with a cup of coffee in your hand. According to my groundskeeper, they love pasta.''

Jennifer's chicken house is just one of many glamorous features at the 8,500-square-foot home, which she paid a cool $21 million for in 2012.

The mansion also has its own private vineyard, indoor gym, library, gourmet kitchen, a dining room overlooking an opulent outdoor water feature, and a master bedroom complete with its own walk-in closet and bathroom.

Meanwhile, it was recently reported the 'Horrible Actresses' star was ''freaking out'' about her dream home not being compete in time for nuptials to Justin, 41, later this year as the couple had hoped to have their wedding take place at the palatial pad.

A source said: ''Jennifer is totally freaking out about the wedding. The ceremony is supposed to happen at the new house, but she is becoming more and more convinced that none of the preparations will be finished in time and the event will be a disaster.

''It's a total nightmare. There's still tons to do, and the wedding is coming fast. They've put more than $6 million into remodelling, and it still isn't done.''