Kim Kardashian's 'Paper' magazine cover may have got tongues wagging but Jennifer Aniston was unimpressed. After all, the 'Horrible Bosses 2' actress flashed her bottom on the cover of 'Rolling Stone' 18 years ago - "way" before Kardashian!

Jennifer Aniston was seemingly unimpressed by Kim Kardashian's attempt to 'Break the Internet' last week as she flashed her behind on the cover of Rolling Stone more than 18 years ago. 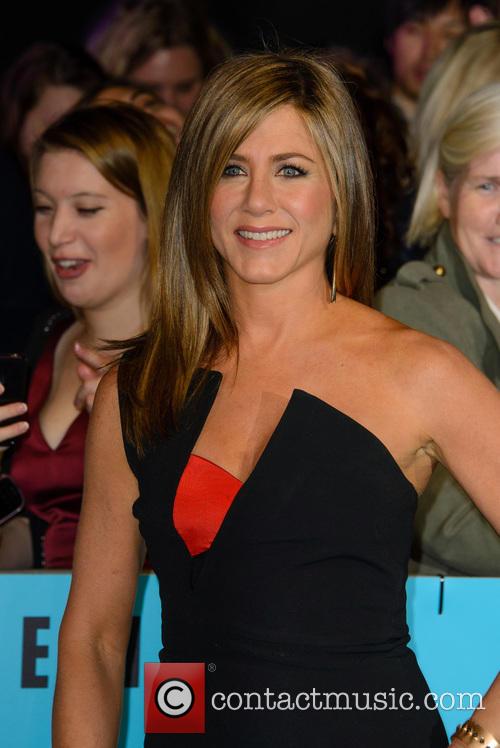 Jennifer Aniston at the World premiere of Horrible Bosses 2 in London in November 2014.

Kardashian's cover for Paper magazine, showing the reality star's oiled and heavily photoshopped bottom, caused controversy and certainly received a mixed response from celebrities and social media users alike. Many were shocked at the 33-year-old socialite's latest attempt to gain attention, including her decision to go full frontal in pictures on the inner pages of the magazine, but not Aniston.

Aniston was at the premiere of Horrible Bosses 2 in Los Angeles on Thursday (20th November) when she was asked by a reporter from Extra about Kardashian's Paper magazine cover. 45-year-old Aniston joked that her cover of Rolling Stone was "way" before Kardashian's and that she was "an original," quickly adding "sorry Kim K." Aniston also emphasised, as Us Weekly reports, how her shoot "was just innocent, there's nothing aggressive about that."

Pre-sale #BREAKTHEINTERNET issues are almost gone! This cover is ONLY available to buy here: http://t.co/juafI3gLdv pic.twitter.com/zjZWPsSGBv

Aniston, during the years she starred in Friends, was snapped by photographer Mark Seliger for the cover of Rolling Stone in 1996. Aniston was photographed nude, looking into the camera, with her bare bottom slightly obscured in the background. It was, if not exactly innocent, a lot more subtle than Kardashian's shoot.

Aniston has recently been touring the world promoting Horrible Bosses 2, in which she stars alongside Jason Sudeikis, Jason Bateman and Charlie Day. Whilst Aniston and her co-stars have enjoyed working together on the film, as Aniston told Extra, critics have been unimpressed by the comedy sequel. Early reviews have commented on how the film's humour is much the same as the original, with THR's critic writing "The jokes start growing stale well before the film's midpoint." Variety's critic, perhaps more cruelly, described Horrible Bosses 2 as "Inane and incredibly tasteless." 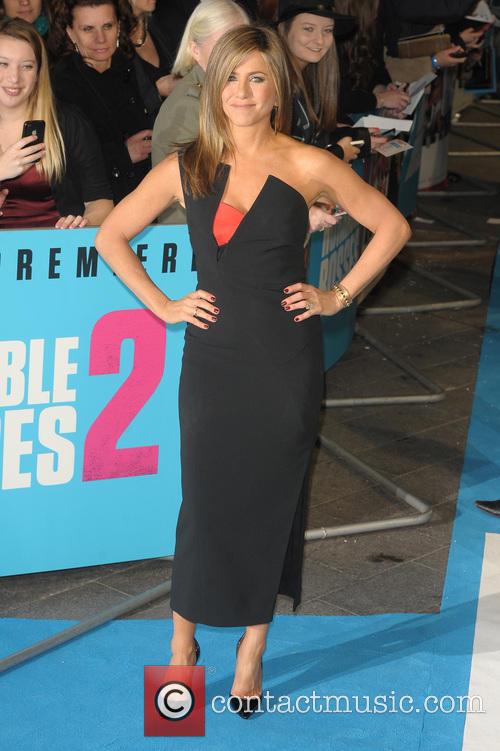 Aniston at the London premiere of Horrible Bosses 2.