Jennifer Aniston and Justin Theroux didn't want to go on honeymoon without their closest friends. 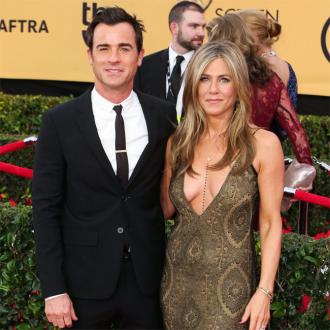 Jennifer Aniston and Justin Theroux refused to go on honeymoon without their closest friends.

The couple, who got married at their home in Bel Air last week, jetted off to Bora Bora with pals, including Jimmy Kimmel, Courteney Cox and Jason Bateman, as they didn't want the festivities to end after their surprise wedding.

A source close to the 46-year-old actress said: ''Jen and Justin wanted the celebration to continue. So they invited their closest friends along to Bora Bora.''

The duo hosted ''a celebratory dinner'' at the Four Seasons' upscale Arii Moana restaurant to kick off their holiday.

The insider told Us Weekly: ''There were several toasts to Jen and Justin and everybody being in paradise.

''Being surrounded by so much love and the friends who they consider family is really important to Jen and Justin.''

But some of the newlyweds' guests declined to join them on the trip.

Close pal Howard Stern, who gave a toast at their wedding, revealed on his radio show earlier this week that he decided not to go, explaining: ''I said to my wife, 'First of all, leave these two alone on their honeymoon. What kind of honeymoon is it with six to seven people on it?''

Jennifer spent months planning the top secret wedding and told most guests that it was going to be a party for Justin's 44th birthday.

The source explained: ''It had been in the works for months. She wanted it to be a special night. They used a secret back pathway for everything.''

The couple will spend another week in paradise before returning to LA for work.

The insider added: ''The trip is her last bit of relaxation before she goes back to work.''