Jennifer Aniston and Justin Theroux refused to let guests use mobile phones at their wedding, their pal Howard Stern has revealed. 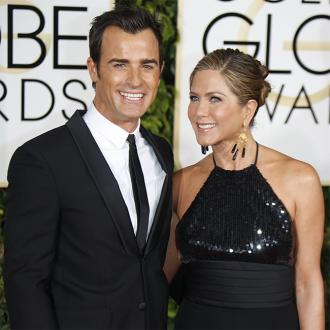 The couple tied the knot at a secret ceremony at their home last week and their pal Howard Stern has revealed all of the attendees were asked to avoid taking any photographs of the big day.

He joked: ''Why can't I have my cell phone? I don't want to take a picture of you two! I really don't.

''I want my cell phone so after I make this speech I can call my car and get the f**k outta here! People were laughing at my misery.''

And the 61-year-old radio personality has insisted it is out of character for the bride and groom as they usually love taking photographs together.

Speaking on his SiriusXM show, headded: ''The irony is, I've been on vacation with those two, and they take pictures every f***ing minute! They're constantly shooting pictures. But if I take a picture, I'm committing a sin!

''You go with these two, there's photographers every minute. I'm sitting by a pool in Mexico and around where I sit is a sheet so photographers can't get a picture. So I've never actually seen Mexico. The view I have is a sheet every year ... When you go on vacation with people and aren't allowed to leave the house, you really get to know people.''