Since the 45-year-old actress received Golden Globe, Screen Actors Guild and Critic's Choice nominations, many movie fans were shocked she snubbed by the Academy Awards.

Many movie fans were shocked when the nominations for this year's Academy-Awards were announced, and Jennifer Aniston's name was missing. The 45-year-old actress was expected to receive a nod for Best Actress for her role in the gritty drama 'Cake.' 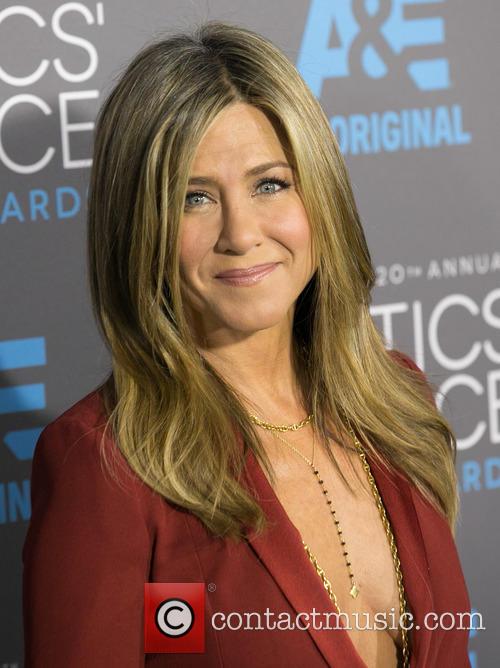 Aniston wasn't nominated for Best Actress for her role in 'Cake'

Despite her fans been outraged with the Oscar snub, Aniston said she is looking on the positive side of being part of such a well-received film, while being interviewed with Access Hollywood during Thursday's Critics' Choice Awards (Jan 15th).

As the 'Friends' alum received Golden Globe, Screen Actors Guild and Critic's Choice nominations, it is even more of a surprise that she failed to be included in the Oscar Best Actress category. The nominated actresses were Marion Cotillard, Rosamund Pike, Felicity Jones, Reese Witherspoon and Julianne Moore.

But instead of letting the snub affect her, Aniston was thrilled that the low-budget indie drama received "an embarrassment of wonderful riches (for) a movie that hasn't even been released and is teensy tiny."

"This is all just kind of cherries on top of something that was really special to us," she added. "So we're really excited."

Aniston also revealed two of the nominated actresses reached out to her to show their support. "(Reese Witherspoon) sent me such a sweet email, as did Julianne (Moore)," she said. "They are all amazing women, but you know, we're all rooting for each other and it doesn't take away the work that was done. So it's really, really nice."

'Cake,' in which Aniston plays Clare Simmons - a woman who suffers from chronic pain after a car accident, hits theatres on January 23rd.