Here's The Sad Reason Why There Won't Be A 'Friends' Reunion, According To Jennifer Aniston

Social media is to blame for why ‘Friends’ just wouldn't work today.

Way back in the ‘90s, before we all clung to our mobile phones, we sat around watching ‘Friends’, without live tweeting the episodes.

But in today’s modern era, the beloved sitcom would be a very different show, and that’s why it can’t make a return, according to star Jennifer Aniston. 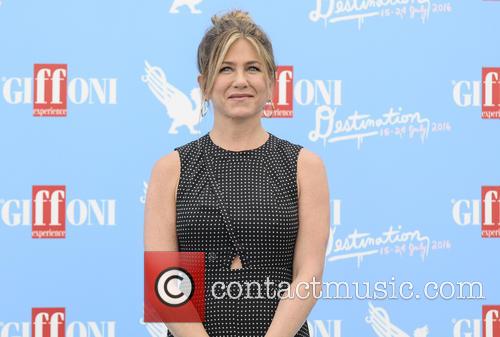 During an appearance on ITV’s ‘Lorraine Kelly’ Aniston made the sad but true point, that ‘Friends’, in a world of mobile phones and social media, just wouldn't work.

“I don’t know what we would do,” Aniston said when asked about a possible reunion show.

“I think that period of time was sort of nostalgic, you know? … I think people have such affection for it, even though it was only 12 years ago since it ended.

"There was something about a time where our faces weren’t shoved into cellphones and we weren’t, like, checking Facebooks and Instagram, and we were in a room together, or at a coffee shop together, and we were talking … having conversations. And we’ve lost that,” she added.

But while new episodes are unlikely, fans are still able to enjoy the show any time they want, thanks to constant reruns and the actress said its enduring appeal is because it’s like “comfort food” to fans.

“It makes them feel better when they are down, when they want to distract themselves, because it’s always on, you can pretty much find it anywhere,” she said.