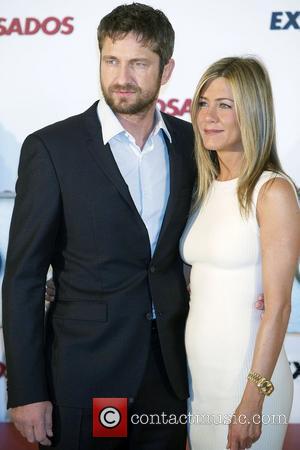 Jennifer Aniston put her differences with her mother behind her after the 73 year old was hospitalised following a fall.
The former Friends star, 41, cut her mum Nancy, a retired actress, out of her life in 1996 when she revealed all about her famous daughter's private life on an entertainment TV show.
They patched up their differences following Aniston's split from ex-husband Brad Pitt in 2005 but their relationship reportedly remained strained.
However, Aniston has stepped up to help cover her mum's medical bills after learning Nancy had to undergo surgery when she tripped and fell as she left a church in Northridge, California earlier this month (02Apr10).
Nancy suffered a fractured hip and femur and is now recovering in a rehabilitation centre, according to the National Enquirer.
A source tells the tabloid, "When Jen got word of her mum's catastrophic fall, she contacted Nancy's doctors and made sure all of her medical costs were taken care of."
The insider admits Aniston and her mum are still working on mending their relationship: "There are unresolved issues, but Jen loves her mum. She wants a healthy relationship and felt the least she could do was help Nancy in her time of need."